The Qur'an was revealed to the Prophet Muhammad at a time when the Arabs had reached the peak of their progress in the field of Arabic literature. To deal with such a society, Allah SWT sent the Messenger of Muhammad with the miracle of the Qur'an containing very high satra values. One of the miracles of the Qur'an is the style of taqdîm and ta'khîr. The style of muqaddam and muakhkhar language in the Qur'an, has at least two basic studies to note: First, the study related to the text of the Qur'an which is born elusive meaning (musykil), but once it is known that the text includes the style of language precedence (al-taqdim) and the end (al-ta'khir), then it is clear and the difficulty is lost. Second, the second category is the study of muqaddam-muakhkhar which does not occur ambiguous meaning (musykil). In this second category, something that takes precedence has a more special facet, and has several functions. This paper will answer the second question, which is the function of Taqdîm in the style of the Qur'an? From the results of the study, it was found that taqdîm in the Qur'an is functioned among others for the purpose; glorify, specialize, first in time and event, glorify, show most and majority, order and explain more appearance. 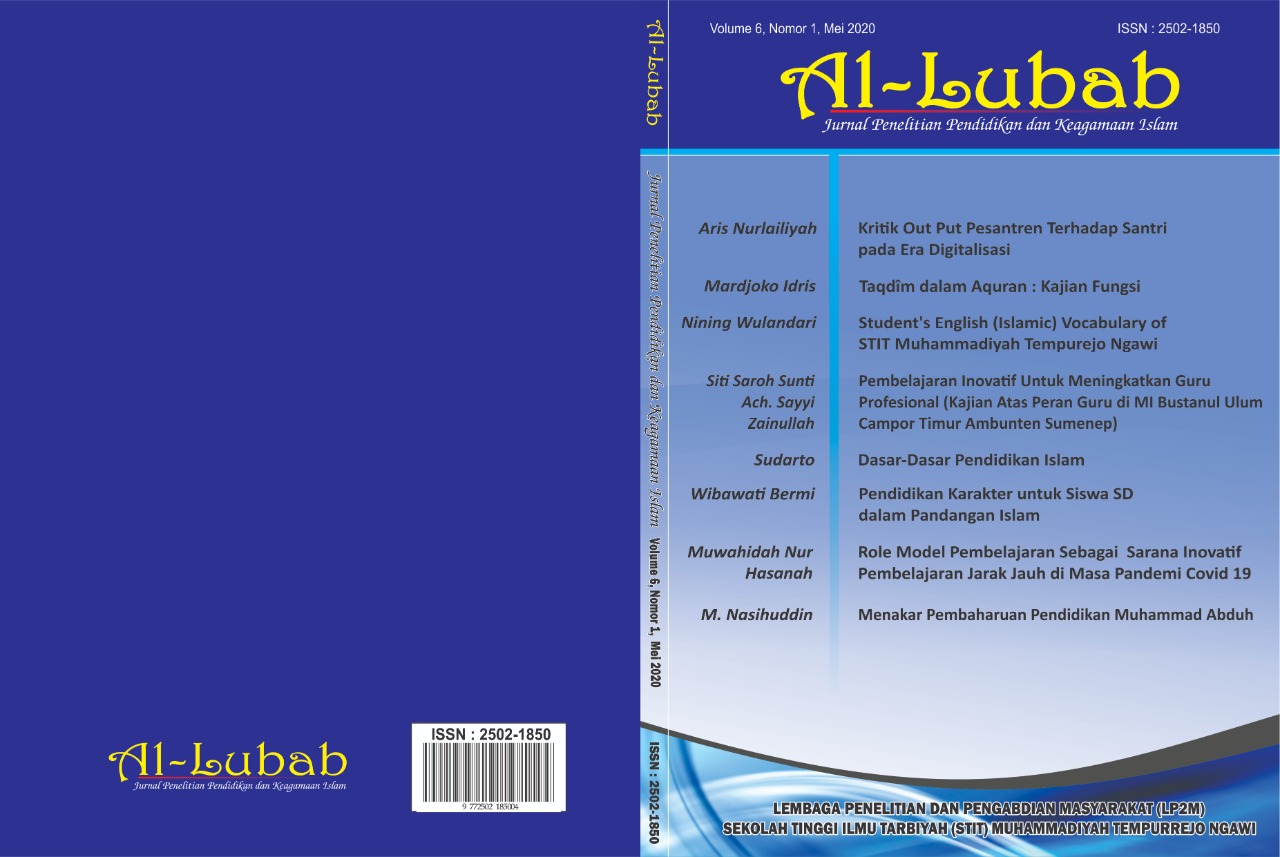